Multitasking? I can do that standing on my head! 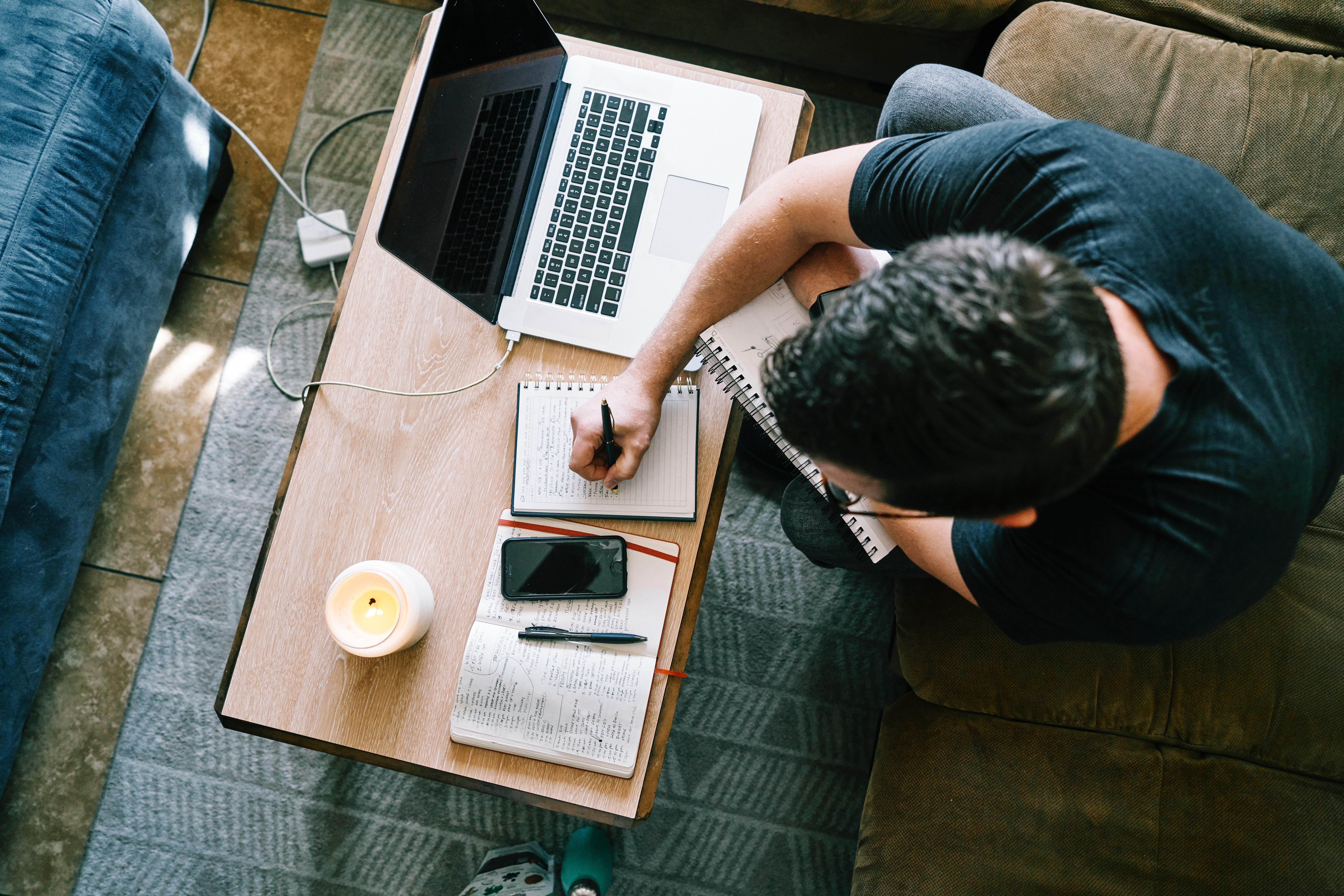 Reading your emails, listening to the news, and writing a to-do list for the forthcoming working day, all at the same time. It sounds super-efficient – but is it actually possible? What do you think? Can you multi-task?
In fact, estimates state that only 2 percent of all people can really multi-task – although most of us believe we are one of this 2 percent. This blog post is all about what multitasking is and how much it affects us at work. Happy reading!

Did you know that the term originated in IT? Here, multitasking means the seemingly simultaneous execution of several tasks or operations. Why seemingly? Mostly these operations do not actually run at exactly the same time. Rather, the computer switches very rapidly between the different tasks. Over time, we started to use the term about people too. Even for people, the most common behaviours do not occur at exactly the same time, although we sometimes perceive them as doing so. In actual fact, our brains simply change back and forth very fast.
In the world of work, being able to multi-task is a laudable ability. If someone is able to handle several tasks at once, they are often considered an efficient high-performer. If you read studies on multitasking, you don’t find support for this view. Before we discuss this effect of multitasking, we’d like to dispel yet another myth too: research has found no indications that women are better at multitasking than men!

What is the effect of multitasking on our health and functioning?

Several studies indicate that multitasking increases our stress levels. You have probably already heard that stress negatively affects our bodies and minds. If you try to do several things at the same time too often, your stress levels may go up and impair your wellbeing. Stress is correlated with symptoms such as headaches, but may also contribute to insomnia, difficulty concentrating, anxiety or illnesses like type 2 diabetes and depression. In today’s world, it is particularly important to find a balance between stress and relaxation in our daily lives (you can find out more about this in our article Rest and relaxation or under the «Stress management» news heading). Multitasking is not beneficial for our health. How does this look in the world of work?
Several research studies investigated the correlation between multitasking and work performance, memory, processing time and concentration (among other things). The findings show that both performance and concentration suffer when multitasking. What’s more, the absolute processing time increases for each task. This means that, overall, you are slower when you try to complete several tasks at once. This is because it takes time to switch between the tasks. Each switch individually takes only a few tenths of a second. But in total, multitasking can cost you up to 40 percent of your productive time. Likewise, there are indications that people who multi-task a lot are less good at ignoring irrelevant information from their surroundings. They can be more quickly and easily distracted, which again impacts negatively on their work performance. Another study, this time on young people who are often simultaneously occupied with several technical devices, such as a tablet, a mobile and a TV, found that the young people found it more difficult to remember things. It is assumed that these effects can also be demonstrated in adults, and that this is an indication that multitasking may impair our memories. As you can see, multitasking actually turns out to be a negative factor in the world of work too. In many industries it may also become rather dangerous if concentration decreases and more errors occur due to multitasking. Doing something else at the same time as driving is also a tricky business.

Have you ever used your smartphone while driving? Sent a text message? Called someone? Used an app? Such forms of multitasking must be completely avoided. Many people feel that they can do both at the same time with no problems. But this is a fallacy. In 2015, the Federal Statistical Office asked drivers how bad they felt it was to use your mobile while driving and how often they’d done it themselves. 76% of participants felt that writing a text was very bad and 18% thought it was bad. Reading a text was classified as less bad (57% very bad against 32% bad). Interestingly, 41% of the same people admitted to having used their mobile while driving in the previous year. Even when we believe that our driving ability does not suffer from using a mobile, our brains are not capable of performing these activities at the same time with the same high attention.

When is multitasking possible?

Based on what has been said so far, you may conclude that multitasking is only rarely possible. Mostly at least one of the action processes is limited if several are running at the same time. However, it is possible to do two things at once in a few situations, but it depends on the type of task or activity. For example, you can easily sing while you have a shower. Or do your ironing and watch the evening news on TV. This is possible because one of the two processes is running peripherally, and our attention must primarily be focused on the other task. If you iron a lot, this activity takes a back seat when you also watch TV – you do the actions routinely. So whether you can do certain things at the same time depends on practice too. If you’re not so used to ironing, you will need to concentrate on it more and you won’t pick up that much of the news. It gets hard – impossible would be a better word – as soon as the actions you want to do at the same time become more complex. For example, if you answer a query by email and are simultaneously asked for the time over the phone. You will then notice that you can only pay attention to one of your tasks for a certain time. As soon as you turn your attention to the email, you’re no longer really listening to the person on the other end of the phone. Your brain begins to switch backwards and forwards between the tasks.
The more tasks you want to work on at the same time, the longer your brain needs to switch. If you do one task after another, you will be faster and more efficient at the end of the day. Therefore multitasking can only be recommended if the tasks are simple and you can do them automatically without needing to consciously pay attention.

«Most of the time multitasking is an illusion. You think you are multitasking, but in reality you’re actually wasting time switching from one task to another.»
- Bosco Tjan -

We have put together a few tips for you to help you avoid obstructive multitasking, both in your working day and your private life. 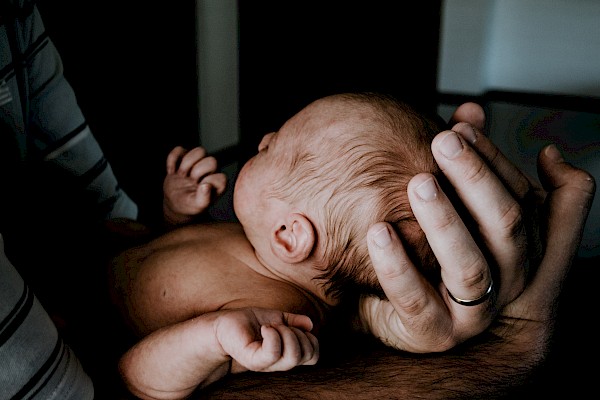 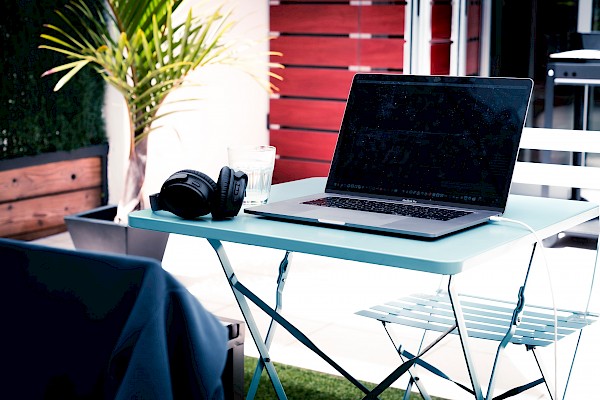 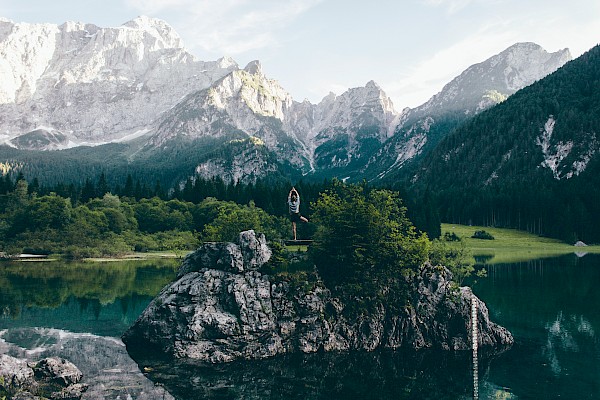