The Jerusalem artichoke has been more-or-less forgotten for a long time now. But it’s back and it’s experiencing a real boom. Whether it’s a side, or in crudités or a dessert, the little tuber is not just a culinary highlight, but also amazingly curative. It’s worth getting to know the Jerusalem artichoke better.

A journey to Europe

The Jerusalem artichoke (Helianthus tuberosus) has yellow-gold blossoms that put many flowers in the shade. This is no surprise if you know that it is a member of the daisy family, like camomile or marigolds. Jerusalem artichoke is the name for the plant’s visible yellow splendour as well as for the tuber in the soil, which started to reappear on our plates a while ago now. It is also known as the sunchoke, sunroot, topinambur, earth apple and wild sunflower. It is not from Jerusalem; this part of its name is thought to be a corruption of the Italian word for sunflower, girasole.

From these names, we can guess several things about the Jerusalem artichoke: it grows in the ground, like potatoes, it tastes like artichokes, looks a bit like ginger, and it is closely related to the sunflower. It was prized by the indigenous peoples of North and Central America as a food and natural remedy before Columbus arrived.

The Jerusalem artichoke came to the attention of people in Europe only in 1610. Because it is rich in nutrients, it helped French immigrants to survive a famine. They sent some of the small tubers back to their former homeland of France. The German name, topinambur, comes from the Brazilian indigenous tribe of Tupinambá, which actually has nothing to do with the root, but by pure coincidence, some tribe members were visiting France when the tuber was introduced and undergoing extensive testing.

Why was the little tuber forgotten?

Although Europe welcomed the Jerusalem artichoke enthusiastically and it was an important food for both people and animals into the 19th century, it lost importance over time. How did this happen? The competition never sleeps – and as a result, the Jerusalem artichoke was displaced by the potato from the mid-18th century on, particularly because the potato can be stored for longer.
Meanwhile, however, the small healthy sunchoke is experiencing a revival. In addition to its delicious flavour, it contains a great many healthy ingredients, which we will now examine in more detail.

So many healthy nutrients and minerals in one small tuber

The Jerusalem contains only 30 calories per 100 grams and so is a very low-calorie winter vegetable. It consists of up to 80% water, and it contains 12.5 grams of fibre. A particular plus is the water-soluble fibre inulin, which on the one hand reduces blood sugar and consequently makes you feel full, and on the other, is good for your gut microbiome. Unlike its competitor, the potato, the inulin in the Jerusalem artichoke slows the arrival of the carbohydrates in your food into your bloodstream. As a result, your blood sugar levels remain more consistent after a meal, meaning that the Jerusalem artichoke is particularly suitable for people with diabetes.

The small tuber is also not lacking in minerals, but contains high levels of magnesium, potassium, zinc, copper, iron and phosphorus. What's more, it isn’t short of vitamins either, but supplies large quantities of B-vitamins such as B1, and other vitamins including A, C, E and K.

So when you eat Jerusalem artichokes, you are providing your body with lots of important nutrients and minerals and doing something good for your health.

The Jerusalem artichoke is a typical winter vegetable and is in season from October to May. Although it is becoming more popular in Switzerland and is better known here than it was a few years ago, it is only rarely available in supermarkets. You are most likely to find it in organic shops and vegetable markets, such as Zug’s Old Town market or Cham’s weekly market, which both take place on Saturday mornings, 8am to noon.

Many people don’t know that there are lots of different varieties of Jerusalem artichoke. Its skin colour ranges from pale purple to reddish, brown to yellow or off-white. If you prefer the more delicately flavoured sort, you should look for the varieties with paler skins.

Jerusalem artichokes shrivel quickly due to water loss, so they cannot be stored for as long as potatoes. If you buy freshly harvested tubers at the market or in a shop, you can keep them for approximately 2 weeks in the fridge or a cool cellar with no problems. Any earth on the tubers should be washed off just before you prepare them for eating; it is better to store them unwashed.
If you intend to plant a large number of Jerusalem artichokes in your garden, there is no reason to worry about storing them after harvesting. You can increase the storage time by up to 3 months by putting the harvested tubers in a box, covering with around 5 cm of sand and storing in a cool, dark cellar. Give it a try! Your garden will be radiant with glorious yellow flowers (flowering season: September to October) that can reach up to 3 metres in height. What’s more, the Jerusalem artichoke needs very little care and attention, it is hardy and, unlike potatoes, it will sprout again next spring without assistance.

Last but not least, Jerusalem artichokes also freeze well. Just peel the tubers first, then briefly blanch them in boiling water before freezing. In this way they will retain their aroma and not lose quality.

How to use and prepare

So you’ve never heard of Jerusalem artichokes before and you’re wondering how to cook them? You’re in the right place – and the small tuber may well surprise you. The Jerusalem artichoke isn’t just healthy, but it also proves its worth in the culinary sense.

People having different opinions about its flavour. For some people, it recalls parsnips, or chestnuts; others are reminded of asparagus or globe artichokes. In texture, it resembles a crunchy kohlrabi. Sounds intriguing, don’t you think?

There are as good as no limits on how you can prepare it. You can eat Jerusalem artichokes peeled or unpeeled, cooked or uncooked. Before you eat your Jerusalem artichokes, it is important first to wash them thoroughly under cold running water with a vegetable brush. It’s quite hard to peel as it has a very thin skin. But if you blanch them quickly first, then rinse in cold water, you can peel it like a jacket potato and simply pull the skin off.

As already mentioned, the Jerusalem artichoke is edible both raw and cooked. It is particularly suitable for soups, vegetable stews, pies or purées. But the tuber’s sweet, nutty flavour best comes into its own when it is roasted. Here is a delicious recipe for you to try. 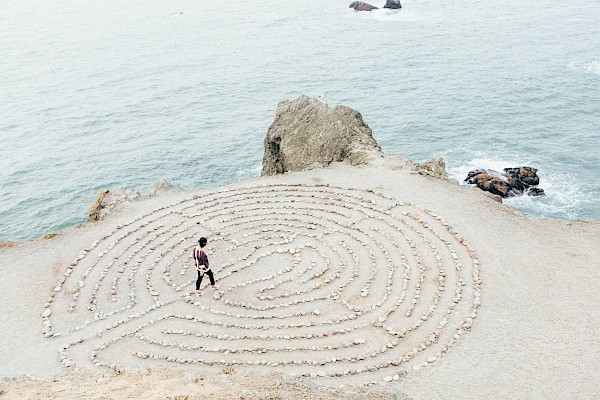 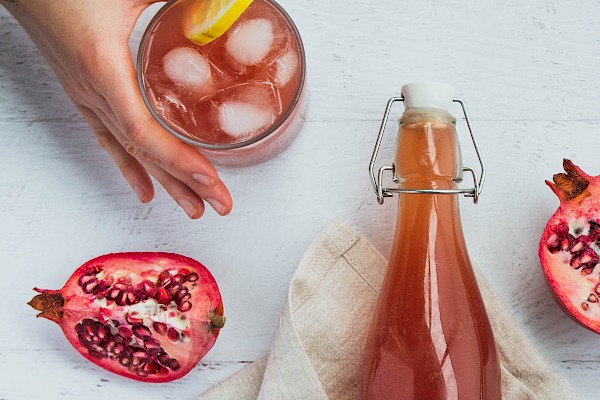 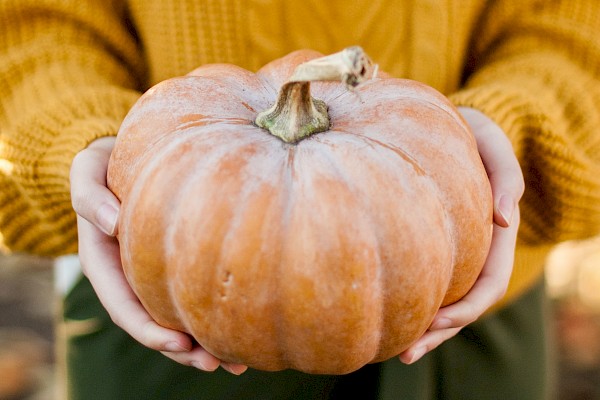